Historical Accountability of Local Government to the Public:

On 12 February 2020, ABC Brisbane News (https://www.facebook.com/abcinbrisbane/) showed the image of flooded Muriel Avenue, with a common local story of the Rocklea waterhole (historically, Rocky Water Hole). The story is simply of a low pathway on a permanent waterhole, and where town planning failed in road design. That it failed from the beginning is evident in the parish map c. 1887 which showed the original pathway of the Ipswich-Brisbane road crossing, at the railway line just below Moorooka Station, and which crossed the Rocky Water Hole, west of the railway line before the turn towards Rocklea Station. The original pathway was not built under the railway line on the permanent waterhole. The story as to why that happened has yet to be researched, and will remained untold until the Council faces up to its historical accountability. However, what we know from the aerial photography, from 1936, is that the design of the roadway on the waterhole was established in the early twentieth century. 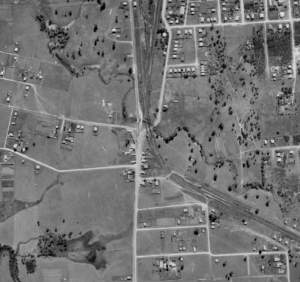 The close-up of the 1936 image shows two railway and three road bridges across Rocky Water Hole. The Ipswich-Brisbane road bridge is placed before (on the east of) the railway line overpassing bridges. Fairfield road has two bridges, which appears as the old bridge with the construction of a new bridge. The 1936 image also shows a narrow pathway just below Moorooka Station which connects Fairfield road to Moorooka on the other side. By 1944 the narrow pathway has disappeared, but later images show a new railway yard entry at the same Fairfield road location. 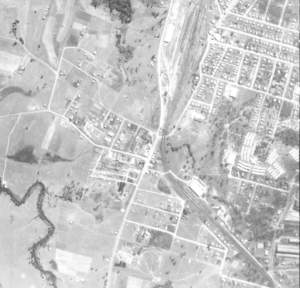 By 1951 there are still two bridges on Fairfield road, but the second bridge is obviously out of use and disconnected to road. The 1951 image shows major work on the Sherwood-Ipswich-Fairfield road intersection. Ipswich road has been widen on the other side of the railway line, and there are visual evidence of what appears to be re-shaping of the Rocky Water Hole, with still a very narrow Ipswich road bridge. The completion of this work is seen in the 1955 image with a wider Ipswich road bridge. 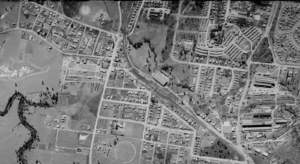 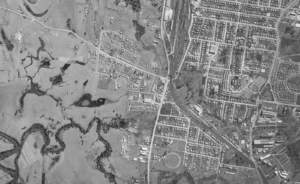 The landscape remains basically the same until we can see in the 1970 image further works on the intersection and bridges. Importantly, the 1970 image shows the incomplete construction of the Ipswich road overpass and Muriel Avenue is still not connect to the Rocklea intersection. In fact, that part of Muriel Avenue pathway appears to be the workers’ overpass construction access. 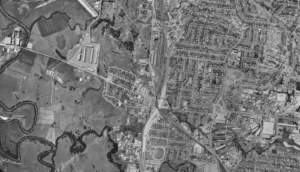 Critically, the 1974 flood image demonstrates the failure of the road design. The completed Ipswich road overpass saves the traffic at the site of the untouched new bridge but in the most stupid manner of planning. The bridge is safe from the flood torrent below, but the rest of Ipswich road motorway, south-bound, is in a sea of deep muddy water. However, it is not the north-south pathway which is at the centre of the stupidity. It is the completion of east-west Muriel Avenue pathway which put the major traffic access on a low road bridge, inches from the permanent waterhole with low-hanging railway bridge roofing. The 1980 image shows the beginning of the construction of the western end of the Muriel Avenue pathway, and the 1982 image shows its completion. 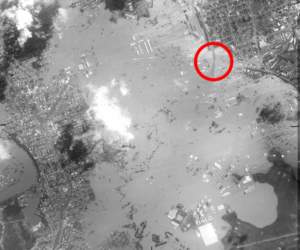 Locals very well know that the Muriel Avenue Bridge not only had major flooding events in 1974 and 2011. Every time there is a ‘normal’ deluge, the Rocky Water Hole significantly floods. Margaret Cook makes this point about the area (2019: 34, 77-78, 108, 115, 159).This is not a matter of a pre-existing pathway where the historical inertia of the landscape can be blamed. The pathway was not completed until the early 1980s, and it centrepiece was an ill-designed Bridgeway, well-known for its major flood problems. How this mismanagement in planning occurred is what I am challenging the Brisbane City Council to face up to, by funding the historical research and providing a full public publication on this lesson for town planning. The Council is morally obligated to the public to admit to past mistakes. That is accountability in local government. 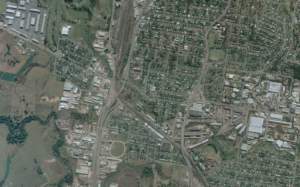 Margaret Cook. A River with a City Problem: A History of Brisbane Floods, University of Queensland Press, 2019.