A Historical Summary for Coopers Plains

In 1826, a few years since the establishment of the Moreton Bay Penal Settlement, Captain Patrick Logan named land eight miles south of the Brisbane River penal colony “Cowper’s Plains”; an area explored by Logan and by Allan Cunningham in 1828. The honour was to Dr Henry Cowper, the Assistant Surgeon of the settlement. The area that was to become known as Coopers Plains (changing the spelling of ‘Cowper’ and dropping the apostrophe), was a wide flat, ‘walled-in’ from the north and north-east by ridges that flowed off Mount Gravatt. One ridge line runs south through Sunnybank and Sunnybank Hills, up to the heights of Calamvale. Another line runs along Toohey Forest, across Nathan, arches north through Tarragindi (and the back of Moorooka) and up the Annerley ridge, and then steeps up to Dutton Park and Highgate Hill, where it turns towards the river and declines & terminates at Hill End (West End); thus separating the early Brisbane township from the flats of Fairfield, Yeronga, Yeerongpilly, and out towards Oxley, and the Coopers Plains flat which now included the suburbs of Rocklea, Archerfield, and Acacia Ridge. Historically the Coopers Plains area took more than just the flat and included the lower hills that rolled up to the Nathan & Sunnybank Ridges. The twist of fate is that the early Coopers Plains settlement which began on the flat has mostly become the region of Archerfield and Acacia Ridge. The local township, which identifies itself as the contemporary centre of Coopers Plains, has now come to exist in the hills on Orange Grove Road, with its industrial arm taking up the flat between the Beenleigh railway line and Beaudesert Road. There is no longer much of the ‘Plains’ in Coopers Plains.

Over a century and a half, the Coopers Plains centre has been moving in the north-east direction, starting with the first properties in the 1840s around what is now Mortimer Road in Acacia Ridge. Other properties opened up slightly further north where Beaudesert and Musgrave now intersect. Antecedence of the early Beaudesert Road community date to 1828 when the Cowper’s Plains convict outstation was established in an area on Stable Swamp Creek, somewhere close-by to where Musgrave Road now crosses the creek. The convict work gangs were used on the construction of the Limestone (Ipswich)-Brisbane road. When the penal colony closed down in around 1840, the outstation disappeared and a small rural community emerged .The Moreton Bay Racing Club set up their race course in the district in 1843. The community developed as a coach stop between the Brisbane Township and Beaudesert. A school opened on Beaudesert Road in 1869, and was followed a few years later by the establishment of the Rose and Crown Hotel, which served as the first local post office.

There were other movements in the development of Coopers Plains. In the 1950s there was opening up of the land south of Boundary Road and along the railway line to Troughton Road with 300 housing commission homes constructed for Dutch immigrants. The first shops in the Banoon area on Troughton Road were opened in 1951. Troughton Road, at the south-eastern corner with Musgrave Road, was the site for many years of the Skyline (Coopers Plains) Drive-In.

The movement in the last two decades of the twentieth century has been further north-east along the line that started in the old Coopers Plains settlement around Mortimer Road back in the previous century. Within fifteen years from the time the QE II Hospital was opened on the corner of Kessels and Troughton Roads, the Queensland Scientific Laboratories and the John Tonge Centre (State Morgue) were constructed along the bushland between Middle Street and Kessels Road, creating a biological sciences hub. However, despite developments in the very north-east corner of the suburb, the lower end of Orange Grove Road retains its role as the major suburban centre for Coopers Plains, affirmed when The Village residential estate opened in 1995 on the site of the demolished Damour Barracks.

There Coopers Plains Local History Group (CPLHG) has a large archive of photographs, letters, and other documents. From time to time, we need the help of members of the local community to be able to provide information about certain items in the archive. Perhaps you know the item's history or recognise places or people depicted in a photograph or a document. Please let us know, by contacting CPLHG member, Dr Neville Buch here.

The honour board was created in the late 1940s and originally was held in the RSL Hall in Rookwood Avenue. Any information on names that appear (double-click to look at full size image) and on the creation of the board would be much appreciated. 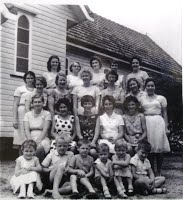 This photograph of the Salisbury Store, assumingly early in the twentieth century, was donated by Ted Humphrey of Salisbury. It was originally held in the possession of his late wife. In this photograph stands a recently constructed simple timber-constructed store in Salisbury. It is thought to be located on Beaudesert Road in the area where the intersection of Lillian Avenue would appear. The store has two sections, four front windows, and two doorways close to the dirt road. Two women, three men, and two boy pose for the photograph. One boy is mounted on tray with a horse on the left. On the right is a large commercial carriage owned by "D. Jenkins. Confectioner" with the other boy leaning out. What is known about the "Salisbury Store"? Where was its location? Who were the people in the photograph? In what year or date was the photograph taken? Who was the photographer?

Dr Henry Cowper and the name of Coopers Plains

A few years since the establishment of the Moreton Bay Penal Settlement, Captain Patrick Logan named land eight miles south of the Brisbane River penal colony “Cowper’s Plains”; an area explored by Logan in 1826 and by Allan Cunningham in 1828. The honour was to Dr Henry Cowper (1800-1849), the Assistant Surgeon of the settlement. Dr Henry Cowper had been appointed in the role on 1 September 1825, only months before Logan’s arrival as Commandant in March 1826 and it appears that that the relationship started well.

Henry’s prospects for being memorialise in Queensland history was good in those early years. He was born to a prominent family. His father William Cowper (1778-1858) became the minister of St Philip's Church, for a period the only clergyman permanently in colonial Sydney. His younger brother, Charles Cowper (1807–1875), was appointed secretary to the Church and Schools Land Corporation in 1826, later to become the noted New South Wales politician and second Premier of New South Wales. Henry, the eldest son, had showed himself as a devoted & respected Christian gentleman, and was assiduously recording the events and conditions of the Moreton Bay Penal Settlement. His medical training and extensive work in the New South Wales colony was, and has since been, highly regarded. Henry played a significant role in the search and recovery of Logan’s body in 1830. And yet he has mostly disappeared from the history record. Unlike his father and younger brother, and his employer (Logan), there are no references in the Australian Dictionary of Biography; not even a passing reference. Alas, poor Henry disgraced himself, and he became a ‘black sheep’ to both the family and Queensland history.

Much of what we know of Henry Cowper’s fall from grace comes from Dr John Fitzgerald Murray, a second Medical Officer appointed in May 1830, who records Henry’s drunken states, his ill-temper, and the settlement’s displeasure at his ‘insane’ behaviour. Logan is recorded as saying that Cowper was ‘his own greatest enemy’. The ghastly end came when Henry Cowper was dismissed by Governor Bourke in December 1832 after an official enquiry into the incident where Cowper and John Richards, the Master of the brig Governor Phillip, broke into the Female Factory and supplied female convicts with rum. If that wasn’t enough, Henry later became insolvent and couldn’t pay off his debts before his death on 5 June 1849.

Whereas ‘Cowper’, the village near Grafton, the New South Wales County, and the Australian Electoral Division, are named after the New South Wales Premier, there is much less distinction for the elder brother in Queensland. There is the Parish of Cowper in the Tablelands region but the author has no information to date on its name origin. There is also a street named Cowper Place in suburban Brisbane that is named after Dr Henry Cowper but that has only existed in the last fifteen years.

Cowper’s Plains – the great plain that stretches out beyond Mount Gravatt & the Nathan-Sunnybank-Annerley ridges, and across towards Mount Lindsey – became known as Coopers Plains, changing the spelling of ‘Cowper’ and dropping the apostrophe. There have been or are other ‘Coopers’ in Queensland. There may have been another Coopers Plains in Maryborough. There is Coopers Camp Road in Ashgrove, on the north-side of Brisbane, and there are few more streets named in honour of ‘Cooper’. Some of these may have something to do with Dr Henry Cowper.

It no longer, however, provided Dr Cowper the prominence he may have hoped for. Much of what was Cowper’s Plains is now suburbs of unrelated names, and the ever-spaning Coopers Plains has ironically dwindled to a suburb mostly on the foothills below the Nathan ridge.